How To Earn Money From Tik Tok (Beginners Guide) 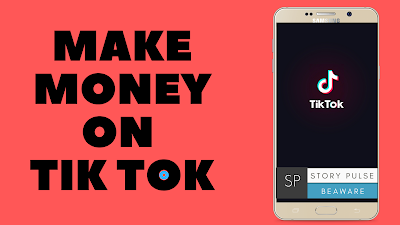 The video-sharing app Tik Tok has become extremely popular among youths. According to a  report of 2019, Tik Tok has monthly 500 Million active users. That's a considerable amount.
Tik Tok is World's Leading Destination For Short Videos (15 sec - 1min). Tik Tok application was launched in 2017 for IOS and Android. In a such small span of time, Tik Tok has millions of downloads with tremendous response from users.


Tik Tok is a great platform to Showcase your talent. Tik Tok was launched to help people to make short videos and to entertain others. But nowadays creators use it as as a revenue source.

Basically, in this article, I will tell how to make money on Tik Tok, and I bet no Creator will say to you this.
In this article, I've shown some inside about making money through Tik Tok.
As of now, Tik Tok does not share ad Revenue with creators, but there are many ways in which you can make huge money....
We will divide the whole article into two parts  :
1. Direct Source Of Income.
2. Indirect Source Of Income. 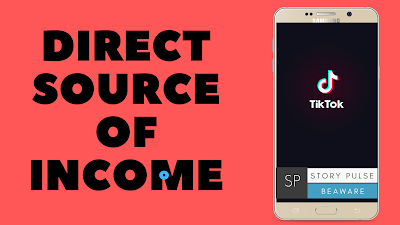 There is only one way from which you can make money from Tik Tok and that is :

when you have 1000 followers on Tik Tok, Then a feature unlocks which help you in making money and that is - whenever you go live on Tik Tok then your fans can buy some emojis or stickers for you for some money and then send it to you through comments.

In this way, Tik Tok pays you. The amount that Tik Tok will pay will be equivalent  to the total amount of stickers that your fans bought.
But this can be used as an earning source for those creators who have a high fan following of Die Heart Fans. 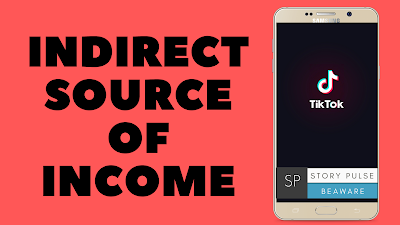 Indirect source of Income from Tik Tok is the money making machine. I am telling you, It is true..
We are going to divide this part into other sub-parts:

1.  Through Brand Sponsoring :     If you have a huge fan-base on Tik Tok or simply some followers on Tik Tok, then you can earn from Brand Sponsoring.
What the Tik Tok celebrity do, is to push their audience to Instagram and YouTube. They increase their numbers on other Social Media Platforms. So that they can get sponsorships.

Faisu 07, Jannat Zubair, Adnaan, Faisal Baloch, Riyaz etc. The names written here have more than 2 Million+ Followers on Instgram.
So, they can get brand sponsorships easily. They charge merly1500$+ for posting any sponsored post on their IG. OMG

There are other immense ways to generate Million of Dollars from Tik Tok. You should have a Business Mind.
I will pray for your success.
Thank You :)